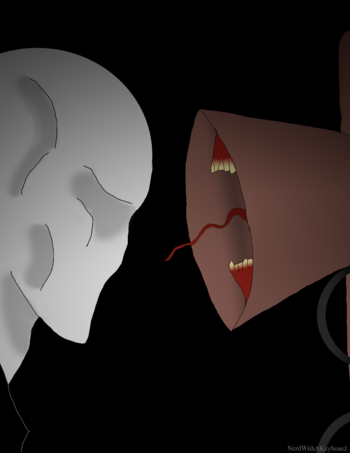 These woods aren't big enough for the both of us...
Advertisement:

is a fanfiction written by Sum Dum Nerd/NerdWithAKeyboard

It is a Crossover story detailing the meeting and subsequent battle between Slender Man and Siren Head.