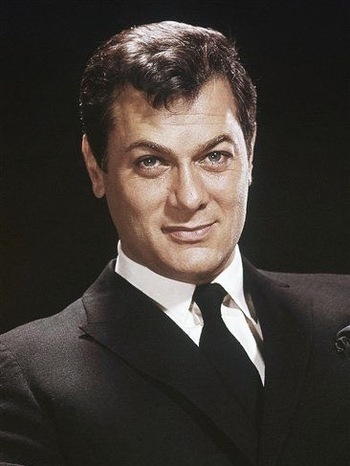 "Acting is something that we all practice at some time in our lives."
Advertisement:

His career spanned six decades, but he was mostly popular as a leading man in the late 1950s and early '60s. He played in more than 100 films in roles covering a wide range of genres, from light comedy to epic movies and serious drama. In his later years, Curtis also made numerous television appearances.

He had six marriages, most notably a highly publicized one to Janet Leigh from 1951 to 1962, and had two daughters with her. One of them is Jamie Lee Curtis.