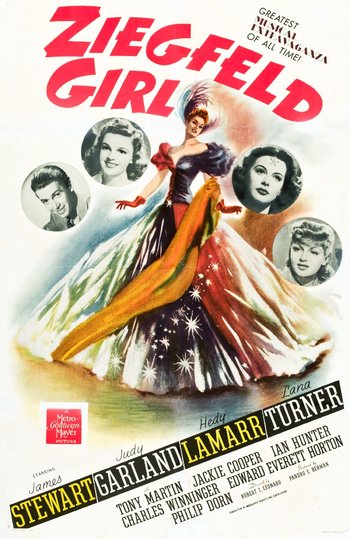 The film is set during Prohibition, during the heyday of the Ziegfeld Follies Broadway revue. Three women are plucked from obscurity to become Ziegfeld Girls. They are:

All three ladies get a taste of the high life, dancing in the Follies. They respond to it very differently, leading to a lot of melodrama and heartbreak.

Meant as a sequel to Oscar-winner The Great Ziegfeld. The musical numbers were designed by Busby Berkeley himself. A Star-Making Role of sorts for Turner, who had been working for a few years but with this film burst out as a leading lady. Last film for James Stewart before he went off to World War II; Stewart wouldn't act again until It's a Wonderful Life.