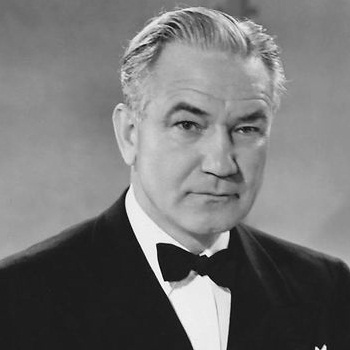 A California native who began as a protégé of D. W. Griffith, Fleming was hired as a director by Metro-Goldwyn-Mayer in 1932, and helmed numerous high-profile productions for them.

He's one of the real oddities in American film history, since he's the credited director for two of the most iconic Hollywood classics, both from the same year of 1939: The Wizard of Oz and Gone with the Wind, winning an Academy Award for Best Director for the latter. And yet, he suffers from a severe case of Director Displacement, being merely a largely forgotten footnote in film history. That's because, in both cases, he was working for a big-name producer (Mervyn LeRoy on Wizard, David O. Selznick on Wind) who had a reputation for asserting creative control on their films. And both films went through several directors, with Fleming really only directing a fraction of both films. King Vidor finished Wizard after Fleming was hired for Wind, and at one point Fleming took a break from Wind, with Sam Wood and William Cameron Menzies filling in.note George Cukor was involved in the early stages of both films, doing some initial prep work on Wizard, and starting Gone With the Wind's production as director, only to get fired early on.

Fleming is generally viewed as a solid, if unspectacular, Hollywood studio system director. He died at age 59, shortly after finishing work on Joan of Arc, starring Ingrid Bergman.