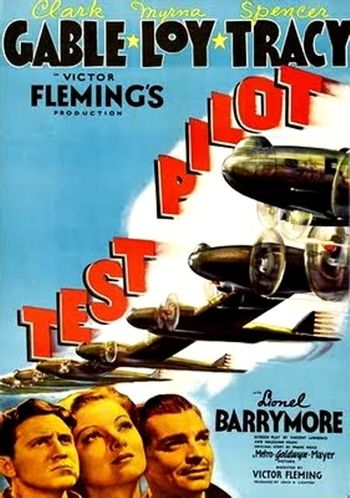 Gable is Jim Lane, the eponymous test pilot, and Tracy is Gunner, Jim's mechanic and best friend. Jim is out trying to set a speed record in an experimental plane when an oil pump failure forces him to make an unscheduled landing in a farm in Kansas, which happens to be the residence of Ann Barton (Loy). They quickly fall in love and get married, but the incredibly dangerous life of a test pilot brings stress to both Jim's marriage and Jim's friendship with Gunner. Barrymore plays Drake, Jim's boss.