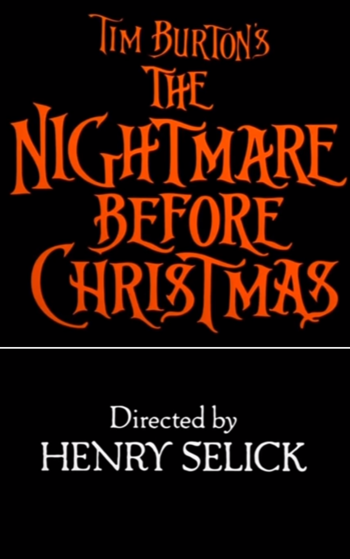 Wait, what did Tim Burton do, then? note He produced it, designed the characters, and wrote the story that it was based on.
"It was nothing but producers then. Sam Goldwyn..." Willy started to wheeze at the name. "The Goldwyn touch. That's what his publicity people called his picture. His pictures? Finally, I said to him, "Sam, has there ever been a picture with the Goldwyn touch that I didn't direct?"
— Gore Vidal (quoting William Wyler), Palimpsest
Advertisement:

When a work — usually a film — is better known as the work of its producer than as the work of its director. Often a result of marketing, as the name of a well-known producer may be used prevalently in advertising a film where the director is a rookie or largely unknown. In some cases, the director can also be displaced by the screenwriter if the writer is well-known (and neither the producers nor director are). More rarely, all of these can be displaced by an actor if the movie is seen as a star-vehicle.

This trope tends to happen more in America than elsewhere due to Hollywood being a very producer-focused system, as opposed to other countries where directors get much more clout. The Auteur Theory was formed to avert and correct this trope, however, and it has generally succeeded in giving more attention to the work of directors and craftsmen.

Compare with All Animation Is Disney, when a director or producer wasn't involved in a work despite its strong similarities with their productions.