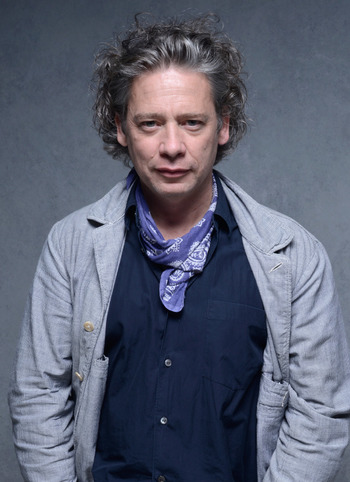 Dexter Fletcher (born 31 January 1966) is an English actor and director.

Fletcher started his career as an actor, primarily known for appearing in British films such as Lock, Stock & Two Smoking Barrels and Layer Cake, as well as the HBO mini-series Band of Brothers. He also appeared in Kylie Minogue's music video for "Some Kind of Bliss".

As a director, Fletcher is primarily known for musicals, biopics, and musical biopics. He was hired to complete the 2018 Queen film Bohemian Rhapsody upon original director Bryan Singer's removal, not receiving a director's credit (per DGA rules) but instead being credited as an executive producer. His own directorial effort about a queer British rock star from the 1970s and 80s, Rocketman (this one about Elton John), was released mere months after the former. Some of his other films include biopic Eddie the Eagle, the Proclaimers jukebox musical Sunshine on Leith, and the third installment of Robert Downey Jr.'s Sherlock Holmes trilogy.