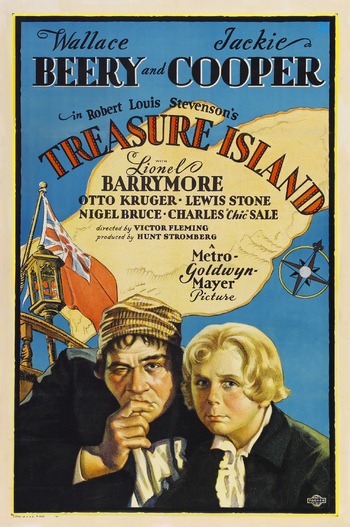 The third major film adaptation of Treasure Island (and the first one filmed with sound), directed by Victor Fleming and starring Jackie Cooper, Wallace Beery and Lionel Barrymore.
Advertisement:

A Treasure Map is discovered in the belongings of a former pirate, leading to a hunt after great riches.