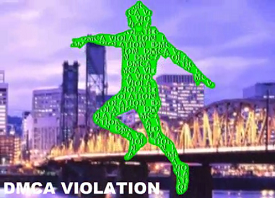 "Where'd it go? Where'd it go?
That other song is gone!"
— Elsa and friends, How Frozen Should Have Ended-Reissued
Advertisement:

The removal of material from a work because copyright lawyers complained, done in a totally non-seamless fashion. Rather than replacing the disallowed material with something respectable, what turns up instead is obvious blank space or Lampshade Hanging on why it was removed.

This might be anything like airbrushing a character Exiled from Continuity out of a comic book panel, replacing a copyrighted illustration with obvious blank space, or overdubbing formerly licensed background music at the cost of losing the dialogue it accompanied.

This frequently happens with DVD releases of relatively old shows, often in the form of Re-Release Soundtrack. Back then, the makers of the show didn't really anticipate needing copyright insurance for widespread home video distribution, since that market didn't really explode until the DVD era. Entire episodes being removed falls under Keep Circulating the Tapes.