Video Game / Spider-Man vs. the Kingpin 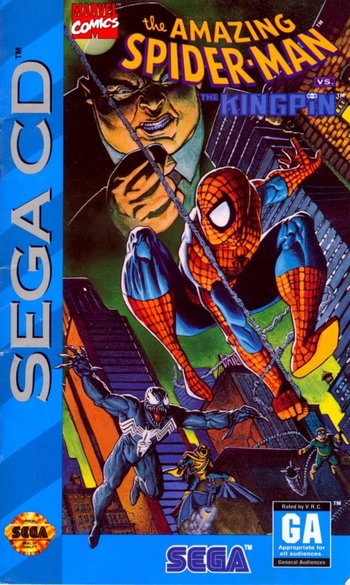 The premise of the game is that The Kingpin turns the city against Spider-Man by framing him for stealing a nuclear bomb, which he intends to use on New York City in an attempt to Take Over the World. It is up to Spidey to clear his name and defuse the bomb before 24 hours have passed, but many villains stand in his way, including Dr. Octopus, Venom, Sandman, the Vulture, Hobgoblin, Mysterio, the Lizard, and Electro.