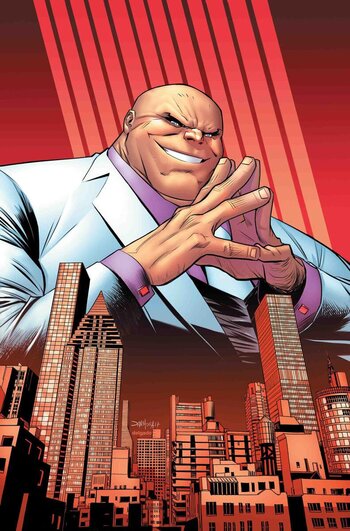 Norman Osborn: Something occurs to me — either Spider-Man is destroyed, or you get Oscorp. Whatever happens, you win.
Kingpin: That's why I'm the Kingpin.
— Spider-Man: The Animated Series, "The Spider Slayer"
Advertisement:

The Kingpin provides examples of: