This page refers to characters from Daredevil comic book series.

Remember, this page is for characters and examples from the Prime Marvel Universe Daredevil series only. Please do not list characters, or examples from other shows, movies or alternate universes here. If you have thought of a trope that fits a Daredevil from another universe please take that example to its respective page. 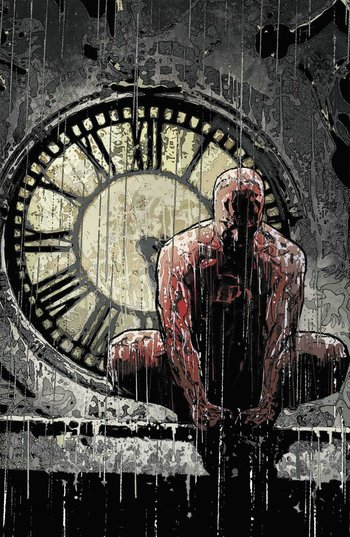 The Man Without Fear 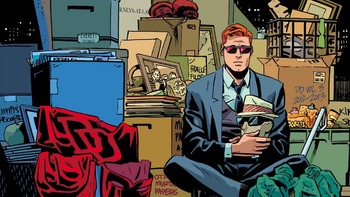 The son of a washed-up ex-prizefighter, Matt Murdock was blinded in an accident involving radioactive waste. Said accident, however, also heightened his remaining senses, allowing him to develop superhuman agility and combat skills based upon them. Initially wary of using his abilities publicly, Matt became a crimefighter after his father was killed for refusing to throw a fight, becoming the vigilante Daredevil.