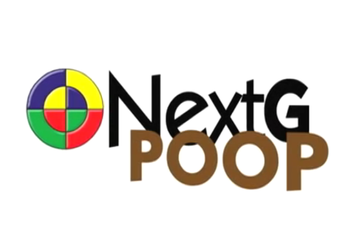 It does everything...except find your underwear.

NextG (real name Matt de Rojas, a.k.a. KT Cannon) is a retired producer of YouTube Poop, known for his titular series of YTP entitled NextG Poop. He was inspired to make the series after gaining a positive reception for a video entitled NextG's Most Random Video Ever!

, which is self-described as "A bunch of things compiled into one video, all completely random and stupid." Which sums up the essence of NextG Poop fairly well: sometimes surreal cocktails of clips from television, animation, film, music and plenty of other stuff. It officially debuted on July 20, 2007, and is likely the pioneer of the pooping subgenre "Analogue Poop", for its home video/VHS-esque style and usage of self-archived sourcesnote As in, self-recorded from television and videotapes.

The series officially ended on June 27, 2012, but other poops on the NextG channel continued to be produced, such as:

It all came to an end with NextG's Ancient Prophecies in 2016. While he no longer produces YT Ps, he will still use the channel for archival footage of television from the past as well as future original content.