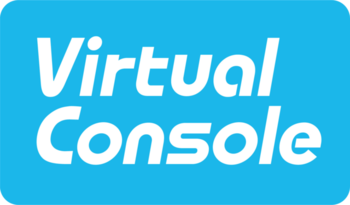 While backwards compatibility was certainly a thing for Nintendo's handhelds, such a thing was nonexistent for Nintendo's home consoles. Heck, it was nonexistent for most consoles; if you wanted to play games from an older system and its publishers haven't done a Compilation Rerelease, you had to dig into your closet or attic to find that gaming console and games, if you even still owned them. Then came The Seventh Generation of Console Video Games. With the Wii, Nintendo was setting up their own digital storefront in the vein of Xbox Live Arcade, but rather than their Wii Shop Channel offering new downloadable titles, they had another idea. For the first time, they've made their home console backwards compatible, being able to play Nintendo GameCube games and make use of its controllers and peripherals. But why stop there? They also had decades of software made for other consoles that people still loved... and would likely be willing to pay a small fee to experience again in a more convenient manner.
Advertisement:

The Virtual Console was Nintendo's first entry into digital distribution and a major example of legal console game emulation, with the Wii version launching on November 19, 2006, the same day as the system's launch. On a weekly basis, games from not only from Nintendo's own backlog of home console titles were made available, but also those of former rivals such as Hudson, SNK, and even Sega. While some games remained exclusive to their regions, just as they had in the past, others (such as Sin and Punishmentnote which got a sequel because it sold so well on this service and Pulseman) would manage to finally see global release thanks to the service. Over time, the Virtual Console effectively made the Nintendo Wii a fantastic gaming console to own if you had an interest in retro gaming, but didn't have the money or space for all the original hardware and software necessary for the authentic experience. As a side note, Nintendo's actual equivalent to Xbox Live Arcade, WiiWare, would come over a year later in early 2008.

The Virtual Console brand would continue into the following generation, on the Nintendo 3DS (launching June 6, 2011) and Wii U (launching January 23, 2013), before being retired. The former would put the bulk of its focus on games from past Nintendo (and Sega) handhelds, though its library would also come to include some console games as well. Similarly, the Wii U would continue to focus on home console offerings, with the addition of some handheld games. While the Virtual Console shop services on those systems are still active, the Wii's ceased operation on January 30th, 2019; if you didn't already buy games that weren't later made available through the other Virtual Consoles, then you're out of luck.

The Virtual Console does not exist on the Nintendo Switch, with access to libraries of classic titles instead being a subscription bonus for Nintendo's paid online service, Nintendo Switch Online. Many third-party publishers that had previously offered their back catalogue through the Virtual Console now sell these older titles directly on the Nintendo eShop under their own banners, such as "Arcade Archives", rather than through the subscription service. Nintendo Switch Online currently offers NES and SNES games on its basic subscription, with Nintendo 64 and Sega Genesis made available on a higher subscription tier called the Expansion Pass in October 2021. There also exist the NES Classic and SNES Classic mini-consoles, which each contain thirty and twenty games from those game libraries, respectively; but since those were released as limited-run items, good luck finding one of them for a reasonable price these days.

The games on the service for the Wii came from these systems:

The games on the service for the Nintendo 3DS came from these systems:

The games on the service for the Wii U came from these systems: