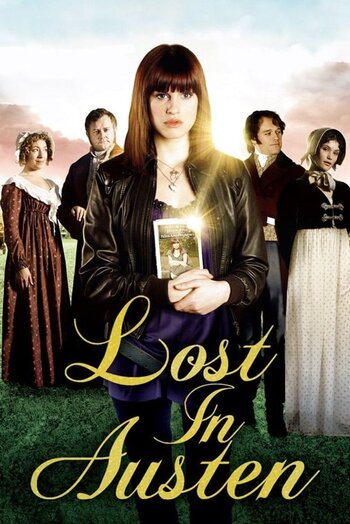 A four-part British miniseries for ITV, released in 2008.

Amanda Price (Jemima Rooper), a Jane Austen fan from present-day Hammersmith, discovers a portal in her bathroom wall that leads into the world of Pride and Prejudice. After accidentally trapping herself into the novel's world, while at the same time locking Elizabeth Bennet (Gemma Arterton) in present day London, Hilarity Ensues as Amanda tries to serve as a stand-in to make sure that the story still progresses as it should, even if her presence causes the story to go off the rails.