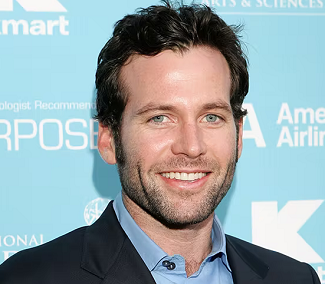 "Fairytales are only valuable if you see them as metaphor in your life and the world. Slay your own dragons..."
— Eion Bailey's Twitter

Eion Francis Hamilton Bailey (born June 8 1976 in Santa Monica, California) is an American actor and philanthropist. He made his acting debut in 1997, starring in the Buffy the Vampire Slayer episode "The Pack". He appeared in bit parts in films such as Fight Club and Almost Famous, and TV shows like Dawson's Creek. A major career boost came in the form of Band of Brothers where he played Private David Kenyon Webster.

If you don't know him from that, other famous roles include Ben Mercer in Covert Affairs, Ray of Stalker, Steve Knight on Ray Donovan and August W Booth/Pinocchio on Once Upon a Time. He's also responsible for the creation of Imagine This! TV