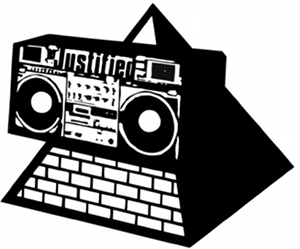 "We had to pass the pyramid blaster / the JAMs are here, it's what you've been after."
"As providers of perverse, throwaway, three-minute pop-song manna, though, the KLF were Punk Rock, The Renaissance, Andy Warhol and Jesus Christ all rolled into one."
— Splendid Magazine

...as well as The Timelords, Disco 2000, 2K, K2 Plant Hire, The K Foundation and of course The One World Orchestra Featuring the Massed Pipes And Drums of the Children’s Free Revolutionary Volunteer Guards.

Comprising Bill Drummond and Jimmy Cauty, the group achieved their greatest success in the period 1989-92, when they were known as The KLF and were associated with a style they called Stadium House (basically, Acid House with pop/rock production and sampled noises from cheering crowds). However, they also dabbled in other genres, usually Electronic Music (ambient, various house subgenres, techno, alternative dance), and became infamous for their satirical media stunts. For instance, when they were sued for unlicensed Sampling by ABBA, they responded by torching copies of 1987 (What the Fuck Is Going On?) in a field (a photo of this became the cover of their next album).

To read up on a complete history of the group, the best place to start would be the band's Wikipedia Entry.

The group provides examples of:

Ladies and Gentlemen, The KLF have now Left the Building