Music / Kick Out the Jams 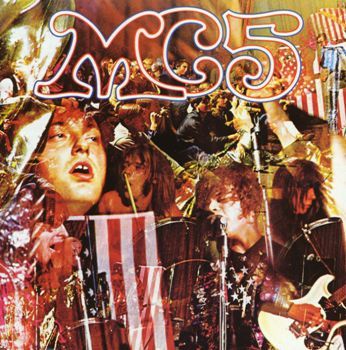 Put that mike in my hand and let me kick out the jam! Yes! KICK OUT THE JAMS!
Advertisement:

Kick Out the Jams is the debut live album by the MC5, released in 1969.

Unusual for a band's first record it's a Live Album, recorded at the Grande in Detroit. In a case of First Installment Wins Kick Out the Jams is widely seen as one of the greatest live albums of all time. The powerful delivery of the music, along with the equally energetic political messages perfectly fit the time spirit of the late 1960's. At the time Kick Out the Jams didn't get good reviews, but it quickly became a Cult Classic and nowadays it's Vindicated by History as one of the essential albums in rock history.

Through Memetic Mutation and Pop-Cultural Osmosis the album title has become more well known than the rest of the record.

KICK OUT THE TROPES, MOTHERFUCKERS!