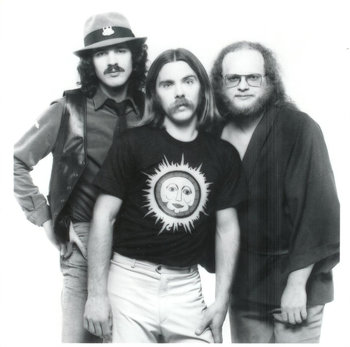 Klaatu were a Canadian Progressive Rock band formed by John Woloschuk and Dee Long, with drummer Terry Draper later joining them. As their name indicates they named themselves after the alien Klaatu from The Day the Earth Stood Still (1951). Their most famous track was the song "Calling Occupants of Interplanetary Craft", which reached even more exposure thanks to being covered by The Carpenters.

Their fame was also increased when they were mistaken for an anonymous reunion of The Beatles. This was due to a lack of credits on their debut album, coincidences that were construed as Paul Is Dead-like clues (such as the cover of Ringo Starr's Goodnight Vienna also using Day the Earth Stood Still imagery), and certain aspects of their music. In particular, Woloschuk sounded remarkably like Paul McCartney, and some of the songs he sang lead on (most notably "Calling Occupants..." and "Sub Rosa Subway"), with their light-hearted whimsy, recalled both the Fab Four's Psychedelic Rock era and McCartney solo works such as "Uncle Albert--Admiral Halsey". It didn't help that Klaatu was signed to Capitol Records (making them Beatle labelmates) outside Canada; while the band themselves never encouraged the rumors, their label's coy press releases didn't do much to clarify things.

Tropes found within the band's history: