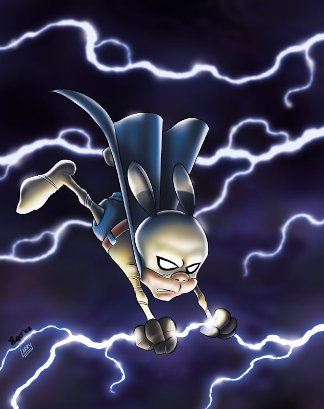 "I flex my muscles and I'm in the air!"
Advertisement: