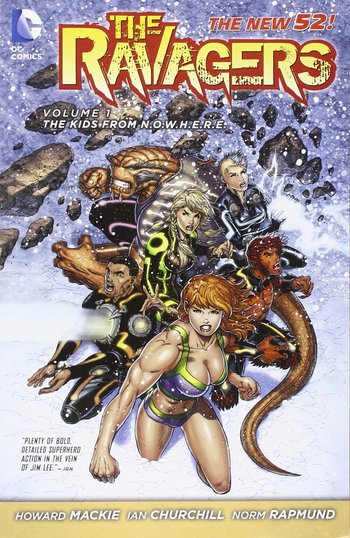 The Ravagers was a series in the New 52, a Spin-Off of the Teen Titans and Legion Lost crossover.

In the wake of an event called The Culling, teen heroes Fairchild, Beast Boy, Terra, Ridge, Thunder and Lighting banded together to escape the clutches of N.O.W.H.E.R.E.