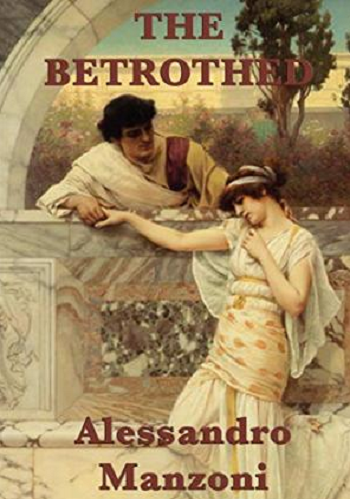 The Betrothed (in Italian I promessi sposi) is an Italian historical novel by Alessandro Manzoni (1785 - 1873). It has been called the most famous and widely read novel of the Italian language.

First published in 1827, the definitive edition dates 1842, the novel is set in northern Italy during the years 1628 - 1630 and narrates the adventures of a peasant couple (Renzo and Lucia) which tries to get married against the wish of a local nobleman. From there a variety of problems ensues. The novel is known for its extreme historical accuracy (which stemmed from an almost obsessive research by the author in first-hand documents of the era), its cast of memorable characters and diverse interpretations and possibilities of meaning (Christian allegory, social commentary etc).

What is undoubted is the great eye of the author to social, political and cultural milieu of the XVII century, which in turn winks an eye to the situation of pre-unification Italy.

The novel is very important for the development of the modern Italian language as it's spoken by the masses, as Manzoni felt the necessity of the unification of the land (Italy as a country would not exist until 1861) and deemed necessary to help establish a simple, elegant, clear form of the Italian langue which had no ties to the very numerous regional dialects, but could be read and spoken everywhere in the peninsula. Manzoni made basically the same linguistic choice Dante Alighieri did with the Divina Commedia (The Divine Comedy) in 1300: he picked the Florentine version of the language (not the over-complex written "official" one, though, but rather the common-spoken "vulgar" Florentine Italian) despite him not being Tuscanian, an operation which he himself described as "washing clothes in the river Arno".