Series / The Rivals of Sherlock Holmes 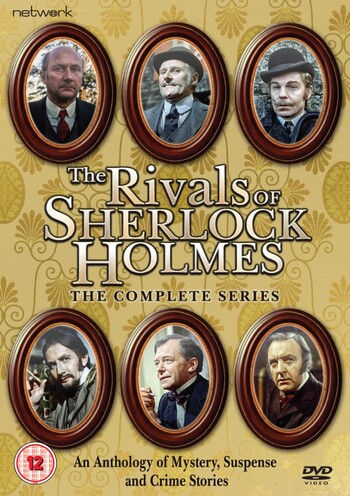 A British Mystery-Anthology series that aired on ITV from 1971 to 1973. The series showcased various detectives, and other protagonists created by literary contemporaries of Arthur Conan Doyle, creator of the titular sleuth, with each episode being adapted directly from a short story by said authors. The protagonists range from great detectives to gentleman burglars. Some of the better known characters include Dr. John Thorndyke, Max Carrados, Thomas Carnacki, Martin Hewit and Professor Augustus Van Dusen.

The series is also notable for featuring a vast ensemble cast of top UK actors; some already established, others still unknown at the time.