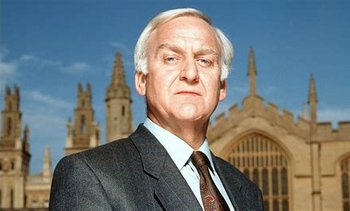 John Edward Thaw, CBE (3 January 1942 - 21 February 2002), was a British actor whose career was defined by his portrayal of two police detectives who were as different as night and day.

As Jack Regan in The Sweeney, he played an uncouth and hardnosed cop who took down violent criminals through force and street smarts. Notably, he was only 32 when he took on this role but audiences thought he was actually a decade or two older.

As Endeavour Morse in Inspector Morse, he played an intellectual and introspective cop who solved murders by carefully examining the available evidence and gently but firmly pulling the truth out of those involved.

Beyond these two roles, he had a very varied career, starring in a collection of dramas and comedies. His last long-running role was as James Kavanagh in Kavanagh QC, where he played a barrister defending his clients in seemingly unwinnable cases.