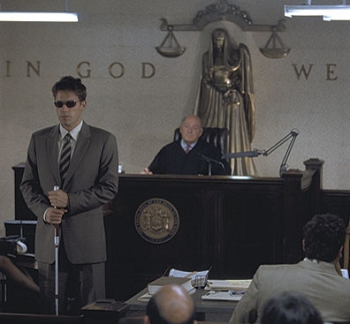 It's a well-known fact that Justice is blind. But it's sometimes more than just a "well-known fact": Some works feature actually blind characters working for truth and justice; others reference the saying in another way.