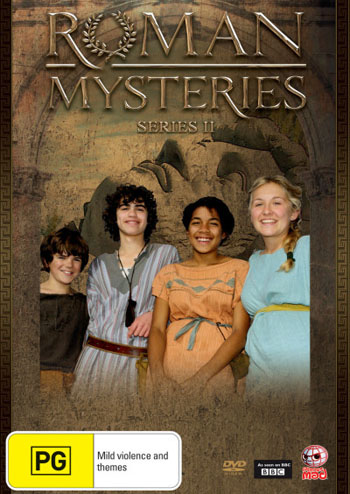 Roman Mysteries is a CBBC television series based on The Roman Mysteries historical novels by Caroline Lawrence. It is reportedly the most expensive British children's TV series to date at £1 million per hour.

The series began filming in June 2006 and was first broadcast from 8 May 2007. The series is divided into "scrolls", each based on one book, starting with "The Secrets of Vesuvius". The stories are told in the same order as the book series, except for book 6, The Twelve Tasks of Flavia Gemina, which is transposed to the second season. Books 11 and 12 were not adapted, and the series ends with the adaptation of Book 13. Each scroll consists of two half-hour episodes. The first scroll guest-starred Simon Callow as Pliny the Elder.

Some of the major differences from the books include: