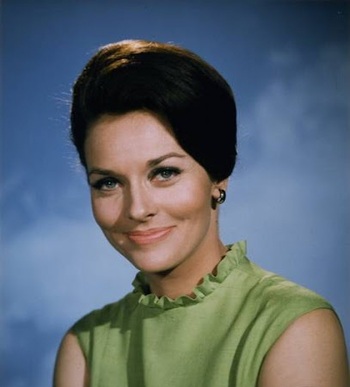 Lee Ann Meriwether (born May 27, 1935) is an American actress and former model. She is known for her role in the 1970s crime drama Barnaby Jones as Betty Jones, the secretary and daughter-in-law of the title character. She is also known for her portrayal of Catwoman in Batman: The Movie (1966), replacing Julie Newmar from the TV series, and for a co-starring role as Dr. Ann MacGregor on the science fiction series The Time Tunnel (1966–1967).

She is also the winner of the Miss America 1955 pageant.

Films with pages on TV Tropes