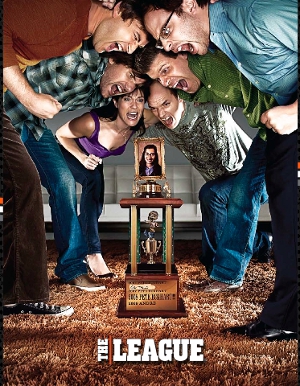 A 2009 FX sitcom about a group of friends who all play in a fantasy football league. It's cut from a similar cloth as the show it airs after, It's Always Sunny in Philadelphia—frequently Crossing the Line Twice and taking Refuge in Audacity that's described it as "Seinfeld on crack", which is ironic since co-creator Jeff Schaeffer was a writer/producer for Seinfeld—but a little better-adjusted, in part thanks to co-creator Schaeffer's influence on his work on Seinfeld.