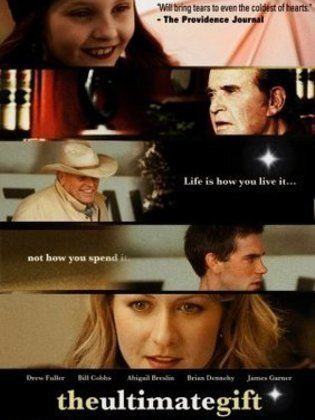 "I wanna give you a gift, a series of gifts, leading up to, well... how 'bout call it 'the ultimate gift'."
— Howard "Red" Stevens, via Video Will
Advertisement:

The Ultimate Gift is a 2006 American drama film based on the best-selling novel of the same name.

It opens with Mr. Hamilton (Bill Cobbs) being informed of the death of his long-time friend and colleague Howard "Red" Stevens (James Garner). At the reading of his will, Jason, Red's grandson, learns that his grandfather has a gift for him, "the ultimate gift", but only if he can complete a series of tasks, and learn the lessons embedded in them.