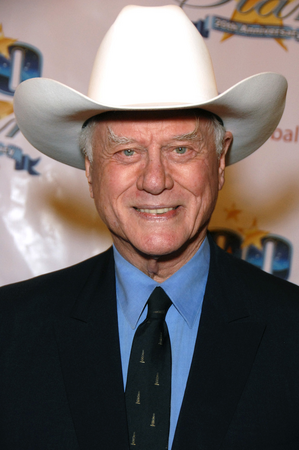 "Good acting is all in the writing. If it isn't on the page, then it really won't make any difference. You cannot act on force of personality alone."
Advertisement:

His signature role was the ruthless oil baron John Ross "J.R." Ewing in the very popular 1980s television soap opera Dallas (including reprising his role in Knots Landing and on the 2012 revival of Dallas), followed by astronaut Major Anthony "Tony" Nelson in the '60s sitcom I Dream of Jeannie. He also had supporting roles in numerous films and guest roles in numerous TV series.