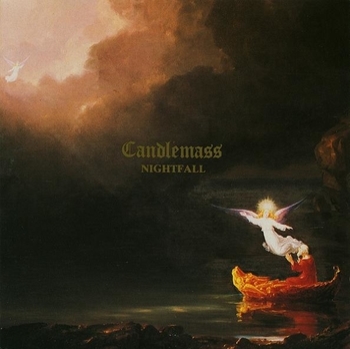 Candlemass - epic and depressing at the same time.
Advertisement:

Candlemass is a Swedish Doom Metal band formed in 1985 by bassist Leif Edling. One of trope codifiers of doom metal, and particularly of a subgenre called "epic doom metal", their first album Epicus Doomicus Metallicus is not only considered a landmark album but the textbook example of doom metal. They disbanded in 1993, but reformed four years later with a new lineup (Leif Edling being the only consistent member). A past lineup of Candlemass then reformed in 2002, before breaking up again... And reforming again in 2004.