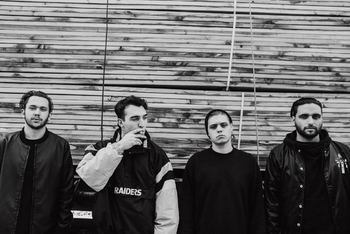 Cane Hill is a Nu Metal/Metalcore band from New Orleans, Louisiana formed in 2011. Their name comes from an abandoned psychiatric hospital located in United Kingdom of that name. After releasing their debut self-titled EP in 2015, they've garnered a fair amount of popularity in metal communities as of late, especially for those who appreciate their "retro" style metal that takes influence from the late '90s nu metal explosion. As far as lyrical themes go, nothing is off limits. Sex, religion, drugs, twisted love, and angst are topics they cover.

Their debut album Smile was released in 2016 to positive reception. Since then, they've toured extensively in promotion of their material. Cane Hill is considered to be part of the modern era of Nu Metal acts that have arisen in the 2010s, which include bands like Issues, King 810, Of Mice and Men, Fire From the Gods, and From Ashes to New, among others.