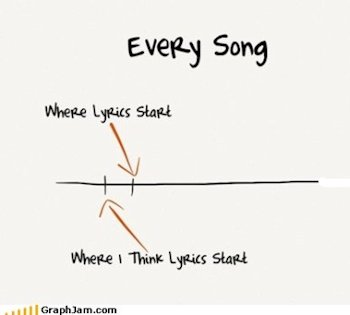 You hear a song coming on the radio. You know the song. You love the song. It's one of your favorites. You're all ready to belt out the start of the song but... the intro keeps playing. Cue embarrassment. You should have waited Four More Measures.
Advertisement:

The bane of karaoke singers everywhere, Four More Measures is a music trope relating to songs that trick people into thinking they are about to launch before they do, causing hilarity for everyone in the vicinity. It's like a musical Damn You, Muscle Memory! event. It's particularly bad for songs with an Epic Instrumental Opener (even more if it doesn't seem to end).

Examples of Songs That Cause This Include: