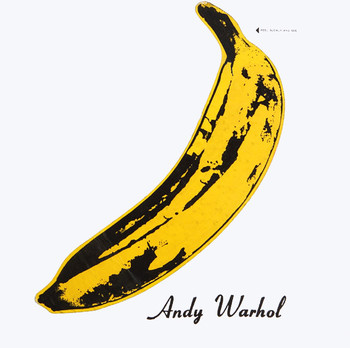 I don't know just where I'm going, but I'm gonna try for the kingdom, if I can.
"Only 30,000 people bought The Velvet Underground & Nico, and all of them started a band."
— Brian Eno, attributed
Advertisement:

The album cover is equally famous: A huge banana against a solid white background, designed by Andy Warhol. On the original record cover, the banana was a sticker that could be peeled off, revealing a pink, naked banana underneath. This was later nodded to in the title of their box set Peel Slowly and See, which featured a replica of the original banana sticker.