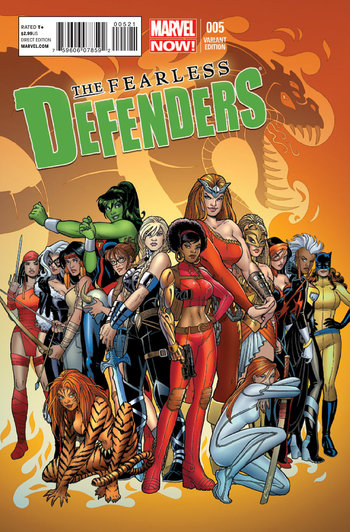 We can do it!
Advertisement:

The Fearless Defenders was a 2013 comic book. It was a new iteration of The Defenders.

The main stars were Valkyrie, a goddess from Asgard, and Misty Knight, an urban bounty hunter. They were followed by many other heroines. Valkyrie had been tasked to created a new team of Shield Maidens, to serve as Valkyries, but did not find any woman worthy. This caused a void that Caroline Le Fey tries to exploit, to create instead a team of Doom Maidens.