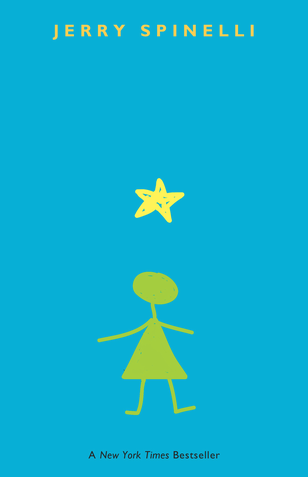 Stargirl is a middle grade novel by Jerry Spinelli, published in 2000. Set in Mica Area High School in Mica, Arizona, the novel follows the story of the sophomore Susan "Stargirl" Caraway, narrated from the perspective of junior Leo Borlock. Stargirl quickly proves herself the most unusual student to ever come to Mica High; she utterly shuns conformity, wearing peculiar clothes —Native American buckskin, 1920s flapper outfits— and refusing makeup, carrying around her pet rat, dancing in the rain, decorating her desk with a tablecloth and flower, singing "Happy Birthday" to absolutely everyone, and cheering for both teams at games. The school has no idea what to make of her. Meanwhile, Leo finds himself falling for her.

Stargirl is, after a time, accepted by the school, and other students begin mimicking her. Many break free from the conformity that had held the school before. This, however, does not last; during the basketball season, Stargirl's insistence on cheering for the other team as well angers her classmates, and she is eventually shunned by the school. The novel then follows Leo's conflict between his relationship with Stargirl, and the peer pressure of his classmates.

Disney produced a live-action film adaptation that came out in 2020 on Disney+. It has its own page.

Not to be confused with the member of the Justice Society of America or its by the same name nor its (coincidentally timed and similarly distributed) 2020 television adaptation on DC Universe.