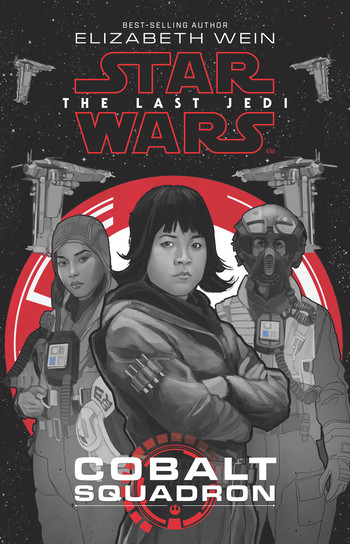 Cobalt Squadron is a Star Wars Expanded Universe middle grade novel written by newcomer Elizabeth Wein (Code Name Verity, Rose Under Fire) and illustrated by Phil Noto (The Weapon of a Jedi, Moving Target, Smuggler's Run, Before the Awakening, Chewbacca, Poe Dameron). Though not considered a Journey to Star Wars: The Last Jedi entry, it was released as a tie-in to The Last Jedi.

The book features the harrowing story of the courageous bomber pilots and technicians of the Resistance's Cobalt Squadron, including that of sisters Rose and Paige Tico.