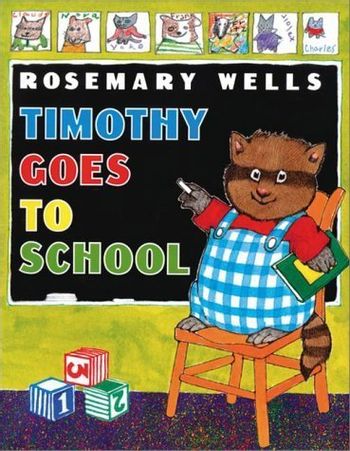 Cover of the 2000 version
Advertisement:

Timothy would later make a reappearance in 1998 book Yoko and become a recurring character in the Yoko & Friends series. Timothy would also become the main protagonist for the 2000 Nelvana series of the same name Timothy Goes to School, which also features the other characters created by Wells.