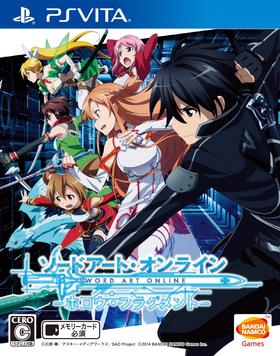 The video game continuity for Sword Art Online which exists as an Alternate Continuity from the original story of the light novels/anime. Published by Bandai Namco Entertainment (the same company that published the .hack games), they feature a third person role-playing gameplay, with the majority of games having Kirito as the Player Character. Fatal Bullet is the first game which offers a customizable player.

The games have been released on an annual basis since 2013 and has spanned the majority of story arcs for the main series, along with some original story lines.