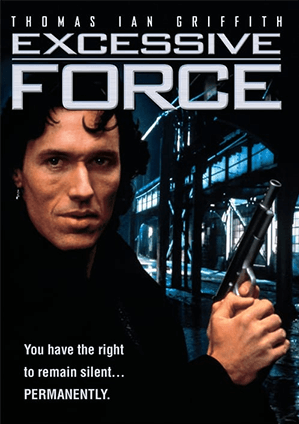 Need an imposing title for your legal thriller or Law Procedural, but can't come up with a good Mad Libs Thriller Title? Try an Ominous Legal Phrase Title instead. Just browse through Black's Law Dictionary or the US Constitution and pick out a two-to-five word phrase you recognize from Courtroom Dramas or civics class. Ideally one of the words will be "guilt" or "malice" or "danger" or the like. The formal language imparts gravitas, the familiarity lets the reader or viewer recognize the genre at a glance, and the aforementioned negative-connotation words make the whole title seem properly ominous.

In short, the author must clearly have had scienter in using legal terms with malice aforethought, such that we know they are culpable in having done so beyond a reasonable doubt and perhaps even to a moral certainty. Otherwise if the term is being used in a manner not related to legal terms, then this trope is acquitted of being applicable to the work.

Though most commonly found in legal and political thrillers, the format can sometimes be used for a straight drama (e.g., Crimes and Misdemeanors). If the title is the name of a particular crime, then the work is probably a Criminal Procedural instead.

This title format seems to have been most popular from the late 80s through early 2000s, with Scott Turow, Richard North Patterson and Tom Clancy being among its most prominent users.

This trope is about titles with specific, technical meanings in the legal profession, not general-use expressions like Crime and Punishment or Law & Order (although Criminal Intent is a specific legal term).