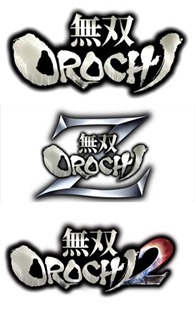 Suddenly, Z.
"Z is the final letter of the alphabet and thus the most prestigious."
— Ichiro Mizuki, Mazinger Z theme singer.
Advertisement:

Normally, to name Sequels you just simply add a number or some words, so the sequel of Foomovie will be titled Foomovie 2? Wrong, it's Foomovie Z!

This trope is a title naming convention for sequels, adaptations, or work expansions of a franchise in which they just add a letter or two to set up the name. Sometimes the titles will end in a rather cool sounding letter such as Z or X (Or both). The letter sometimes stands for something meaningful and relevant to the plot, or just being thrown at random until the creator explains what it means.

This practice is commonly seen in Japanese works because they use different writing systems and apparently combining kanji or kana letters with an alphabet letter will bring "X" Makes Anything Cool into a new height. Alphabets are also pronounced in more literal way in Japanese, making it sounded more badass, such as Ekkusu (X) and Zetto (Z).

It should be noted that a title ending in roman numerals is not this trope. Nor is a title that just happens to end in a letter, such as Malcolm X and World War Z. It has to be the sequel or adaptation titles in which the work or franchise with the original title was released first.

In many video game titles, it commonly overlaps with Super Title 64 Advance for the titles that end in "DS", "U" or "X". Related to Oddly Named Sequel 2: Electric Boogaloo, "X" Makes Anything Cool and Stopped Numbering Sequels, not to be confused with One-Letter Title.