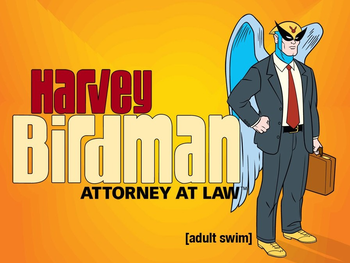 Right, you have a good concept for a show with interesting characters, cool powers, and a deep twisty plot. The only problem is that you can't think what to call it.

A subtrope of both Character Title and Job Title, for more uniqueness than if it were just one or the other.

How this is actually written varies depending on the language of the media; for example, English-language series usually write this as "Bob the Manual Laborer" or "Bob: Manual Laborer", while Japanese series prefer something like "Manual Laborer Bob".

If a title appears to be using this trope but the title is not the name of a character (e.g. Doctor Who), see I Am Not Shazam.

Titles that have a particular format are also listed under Adjective Noun Fred.