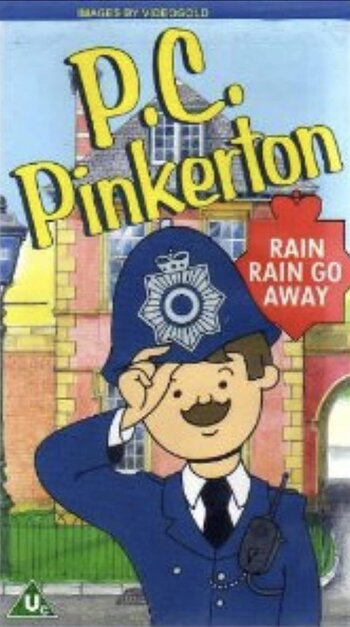 P.C. Pinkerton is a British cartoon by Trevor Bond Associates.

The show is set in the quiet, sleepy English town of Cleybourne. The titular character is Bob Pinkerton, a police constable with his wife Jill, his daughter Jane, and his son Peter. The show mainly follows him as he goes about his business in town, helping kids cross the street, biking across town, and whatever else comes up.

The show aired on The BBC on September 13th, 1988. It ran until December 6th the same year.