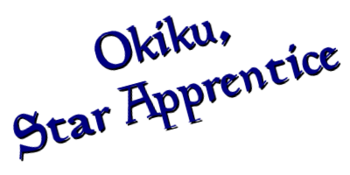 , is an RPG Maker VX Ace game, by Marrend.

It's about the titular apprentice, Okiku, collecting 6 ingredients so her master, sorceress Ogiwara Ryoko, can try out two summoning spells to figure out which one works.