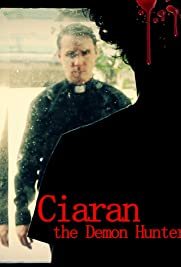 Ciaran the Demon Hunter is a 2016 American horror film.

Demonic Possession has skyrocketed in Los Angeles, and the local cardinal is in dire straits to stop it. In desperation, he contacts an Irishman named Ciaran to stop them. Due to having abilities greater than human, Ciaran manages to exorcise several damned souls for a hefty fee. However, Ciaran grows sick of the job, and his ensuing sloppiness leads to disaster.