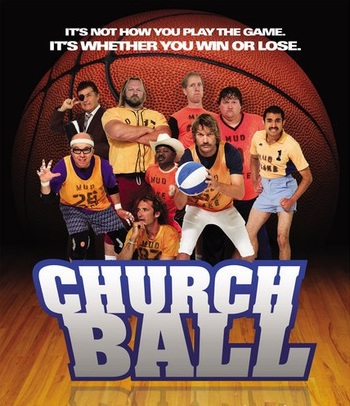 It's the last season of church ball. Are you ready to get schooled?
Church Ball is a 2006 comedy film about a basketball competition between wards from the LDS Church. The film's main character is Dennis Buckstead, who's tasked with assembling a Ragtag Team of Misfits from the Mud Lake Ward to take on reigning champions from the Crystal Hills Ward.