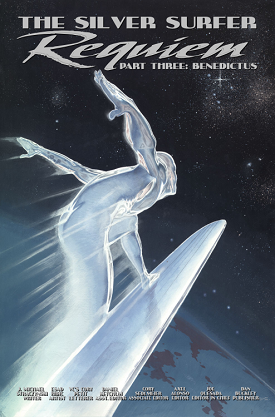 "Requiem" is an interesting choice for a title. A requiem is a song to honor the dead or to be played at a funeral, so placing it in a title automatically implies that something is not going to go well - a Bittersweet Ending or Downer Ending is quite likely, and if not the rest of it will probably be a Tear Jerker. However, it's used rather a lot for a number of reasons. The term adds a certain note of class and grandeur to the work, as well as advertising True Art because True Art Is Angsty. It may be part of a Word Salad Title or a very meaningful one, depending. Compare The Last Title.