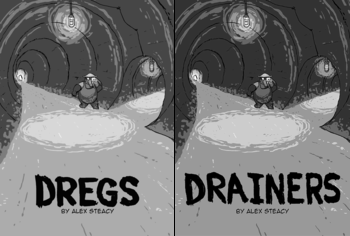 Sometimes a work has a different name during production that ends up being different from the one it has once it's finally released. Sometimes, though, a work's title changes after it's been released.

This is often to coincide with a re-release, but it can happen at any time and for a variety of reasons. Sometimes the title ended up conflicting with a previously existing work, other times the new title is more indicative of what the work became, and other times still the creator simply didn't like the original name and opted to change it as soon as they could think of something better. Subtropes include:

Sister Trope to Working Title: when a work has a different title during production, either because a title has not been finalized, or to help prevent leaks.

If your example fits one of the subtropes, please place it on the appropriate page and not here.