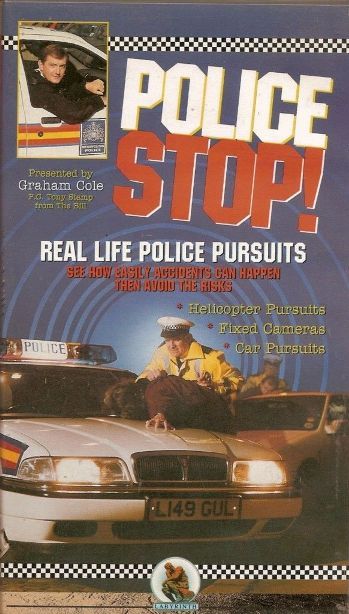 Police Stop! is a British TV series, narrated by Graham Cole (who portrayed PC Tony Stamp in The Bill). It lasted from 1994 until 2002, and originally began on video in 1993, before becoming a TV series on Sky One from 1996 onwards, with Police Stop! 5.

The show was the forerunner of Police, Camera, Action! but, ironically, its Companion Show outlived it.

It stopped airing in 2002, and hopes of a Revival continue.