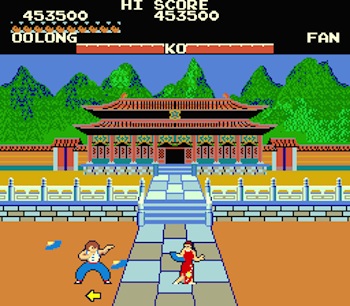 Yie Ar Kung-Fu is an early Fighting Game released in 1985 by Konami. It pioneered many aspects now familiar in fighting games including health bars, opponents of various fighting styles, and female fighters. The game was ported to many video game consoles, with special porting, albeit with lesser, different and new set of characters, being made for MSX and NES.